Homes of the Homeless: Seeking Shelter in Victorian London
at The Geffrye Museum of the Home
Open now 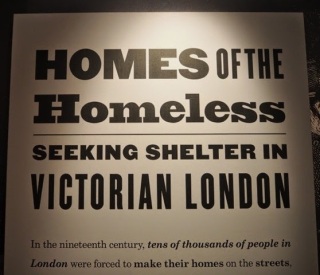 Loved Homes of the Homeless, the new exhibition at the Geffrye. Love the Geffrye too for that matter. It is such a charming small museum and it was looking splendid in the sun today. The Geffrye Museum of the Home in Shoreditch is housed in a long, low, early 18th century building, originally built as almshouses for the Ironmongers’ Company, thanks to a bequest by Sir Robert Geffrye. Now it is home to a permanent display of eleven period furnished rooms that each take a different time over the last 400 years to show how the English middle classes lived in their homes. 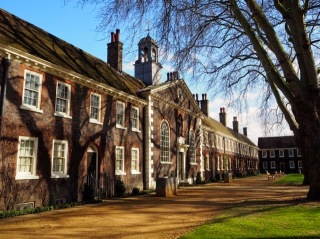 The new exhibition, Homes of the Homeless, is in the Geffrye’s modern wing which is reached by walking the length of the museum, so you get to have a good look at the period rooms if you haven’t seen them before.

The exhibition covers a period from the 1840s in which there was a vast increase in the population of London. Slum clearances and the demolition of housing to make way for the new railways made the situation even more acute. The problems of accommodating London’s poor became increasingly desperate with rents soaring and living conditions deteriorating dramatically. 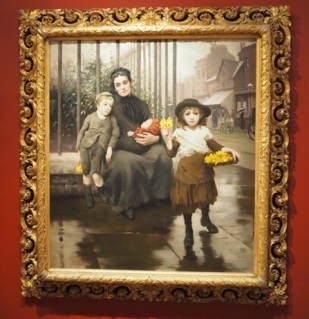 Homes for the Homeless starts by looking at the life of the homeless on the streets of Victorian London. The sight of people living rough and sleeping on park benches might be familiar to us now but it was even more commonplace in the 19th century. American author Jack London wrote extensively on the subject and you can see from his journalism in his famous piece The People of the Abyss published in 1903 how moved the writer was by the plight of the homeless in the capital.

The exhibition moves on to look at the different ways in which the homeless found shelter from the open streets. From the tough conditions of the workhouses to the casual wards. And onwards to the relative luxury of the model lodging houses that sprung up to accommodate poor single people across London. The exhibition also looks at how homeless children were cared for in the period by the likes of Dr Barnardo.

A museum of the home makes for an interesting, if poignant, place for an exhibition about homelessness. After having walked through all those beautifully furnished rooms full of home comforts, it is even more affecting to see the sharp contrast of the lives of much less fortunate Londoners in this exhibition.

It is always worth visiting the Geffrye and even more so for this moving exhibition.

Admission to the exhibition is £5 / £3 concessions

Admission to the museum and gardens is FREE

Note for the always-hungry like me. The modern wing is also where you can find the Geffrye’s excellent cafe overlooking their gardens. The cakes are really good.