Designs of the Year 2015
at Design Museum
Open now

Now in its eighth year, Designs of the Year 2015 at the Design Museum has selected 76 projects for nomination and all are on display at the museum. A specially selected jury, this year chaired by Anish Kapoor and including stylist Hilary Alexander and Harvard School of Design prof Farshid Moussavi, will choose a winner for each category and an overall winner.

It’s such a tough exhibition to stage because the nominations are so varied in every way. There’s the Moocall sensor which attaches to a cow’s tail and texts the farmer when calving is imminent, the Dragonfly chair that’s legs are inspired by yes, dragonflies and some very cool-looking bike lights from Paul Cocksedge Studio. There’s fashion from Rodarte inspired by Star Wars, groovy Norwegian banknotes, and a billboard that can clean pollutants from the air. 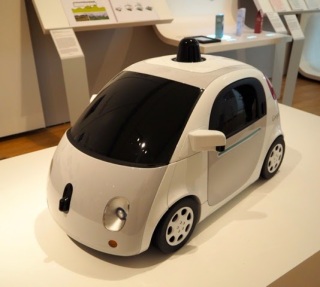 And a model of Google’s self-driving car which looks like a cross between a Fiat Cinquecento and a mini ambulance. Personally self-driving cars freak me out but perhaps we’ll all have to get used to the idea. And probably sooner rather than later. 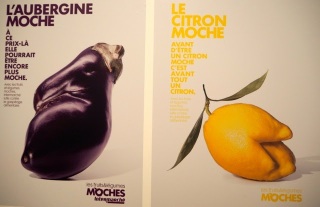 I was grabbed by Inglorious Fruits & Vegetables, a campaign to rehabilitate imperfect produce by showing the public that they are just as good as the perfect ones and 30% cheaper. But although I am really feeling the love for the misshapen fruit and veg, ultimately my vote for the winner would go to Project Daniel, the world’s first ever lab for 3D-printing of prosthetic limbs. 3D-printing can produce a limb at a fraction of the cost of traditional production and locals can be easily trained to use the equipment. Brings it home to you that the best innovations in design can be used to truly change lives for the better.