With a sadly short life but thankfully prolific career, Eric Ravilious (1903-42) is considered one of the finest British watercolorists of the 20th century. This new show at the Dulwich Picture Gallery is the first major exhibition to focus on Ravilious’s watercolours, where they have gathered together over 100 of his works. 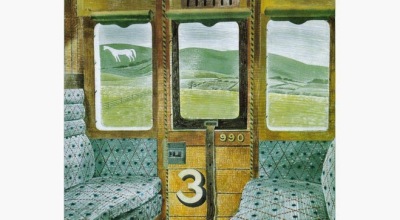 Eric Ravilious studied under Paul Nash at the Royal College of Art and went on to become a central figure in the revival of watercolour painting in Britain between the two world wars and famous for his classic work for Wedgwood. He was one of the first official war artists in WWII, tragically dying at the age of 39 when his plane was lost on its way to Iceland (ironically, Ravilious’s plane crew were searching for another lost aircraft at the time) in 1942. 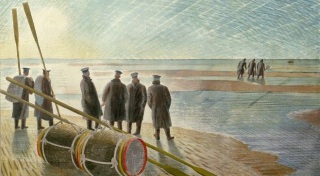