Soldiers and Suffragettes:
the photography of Christina Broom
at Museum of London Docklands
Open Now
until 1st November 2015 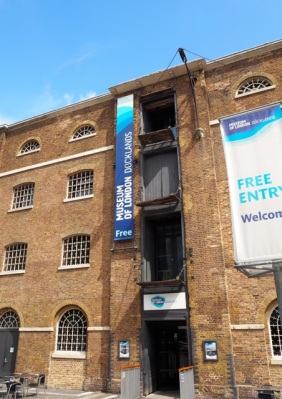 A game of cricket changed the course of Christina Broom’s life. When her husband was seriously and permanently injured by a cricket ball, London wife and mother Christina had to step up and become the Broom family’s main breadwinner. In 1903, at the age of 40, she started a photography business with borrowed equipment, going on to become a famous and pioneering professional photographer.

This beautifully curated exhibition of her work at the Museum of London Docklands divides Broom’s oeuvre into three main sections – her photographs of the Women’s Suffrage movement, her military work and her scenes of London life.  She made over 40,000 photographs in her third-six year long career. 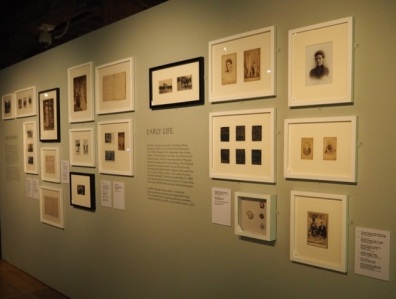 Christina Broom did have fellow female photographer contemporaries but they, unlike her, were mainly confined to photographic studios. Christina was the UK’s first female press photographer, taking her bulky equipment out on the streets, travelling on foot or public transport, to capture London scenes and events. She photographed everything from the University Boat Race on the Thames to the life of the Royal Mews and everyone from members of the Royal family to the young soldiers heading off to the Front in World War I. 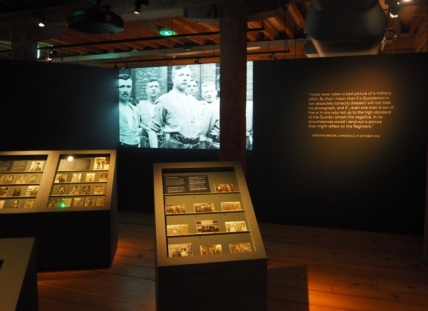 The majority of the exhibition content is drawn from the Museum of London’s own amazing collection of Broom’s work (which includes a 2014 acquisition of 2,500 Broom photographs) supplemented with a few key loans from Royal Collections, The University of Texas, Austin and the National Portrait Gallery. Along with the photographs, there are also original glass plate negatives on show, and some of Christina’s personal possessions, letters, press passes, notebooks and a cuttings album.

Astonishingly, this is the first major exhibition of the life and work of Christina Broom, a pioneer of early photography and a groundbreaker for female photographers. Hopefully, this excellent show will make sure her name and her work will live on, as it deserves to.