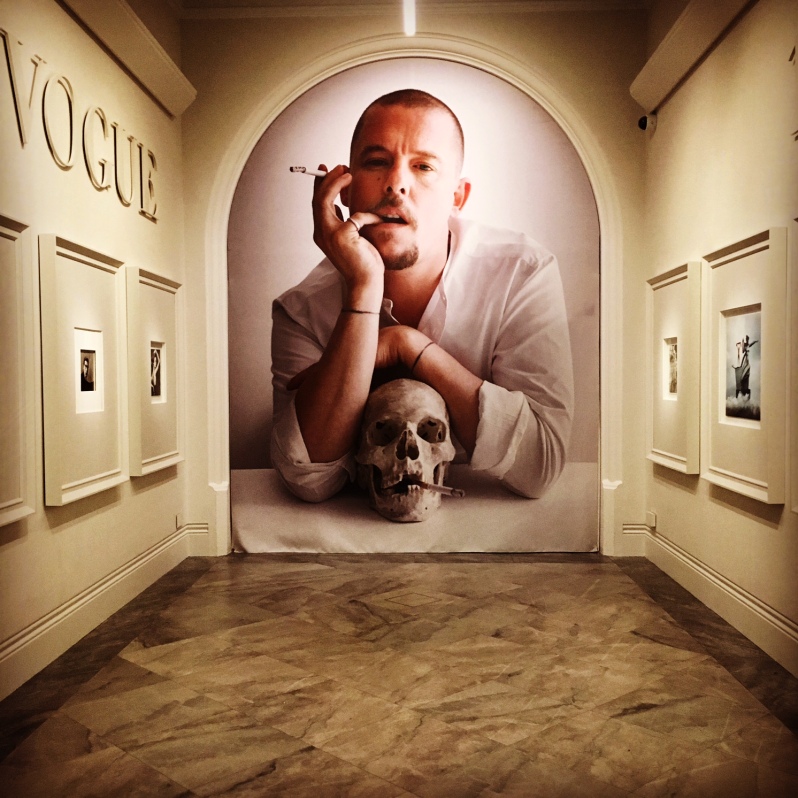 Vogue 100: A Century of Style
at National Portrait Gallery
Until 22nd May 2016

I have always loved a fashion magazine, from the days of flicking through my mother’s Harpers as a teenager. But it was the glossy pages of Vogue that I really coveted, and as soon as I had a job I took out a subscription. If you couldn’t afford the clothes on the pages, and I couldn’t, a subscription to Vogue fed a fashion obsession vicariously and, I have to say, very satisfactorily.

That’s just one of the reasons why I love Vogue 100: A Century of Style at National Portrait Gallery, but there are plenty more. This is a brilliant exhibition. And like the magazine itself, it’s not just about fashion and not just for fashion junkies. 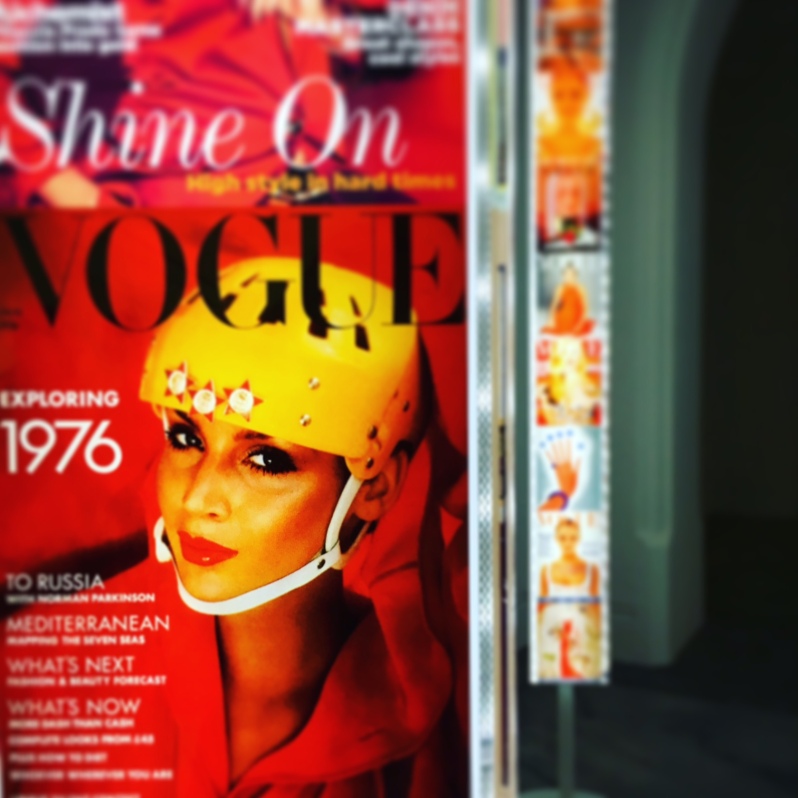 The first thing that greets you on entering Vogue 100 is a forest of covers from across the century of Vogue’s existence. Any longtime reader will instantly recognise many of the most famous covers of past Vogue issues –  the iconic Supermodels issue, the popular Princess Diana issue, and of course all the familiar faces of its model coverstars – Christy Turlington, Twiggy, Naomi Campbell, Jerry Hall, Kate Moss et al.

The chronology is done in reverse, with the exhibition starting with Vogue’s most recent decades being explored under a vast portrait of a cigarette-smoking Alexander McQueen, who looks down with a relaxed, if very direct, gaze over the years bracketed by his rise to fashion superstardom and his sadly premature demise. The reverse chronology works perfectly and it makes absolute sense for the NPG to have organised it this way. Vogue magazine had its genesis in the middle of the first world war and it could have made for a rather dry and monochrome start. Jumping right in with today’s familiar and colourful world makes for an immediately accessible entry point. Good call by the curators. 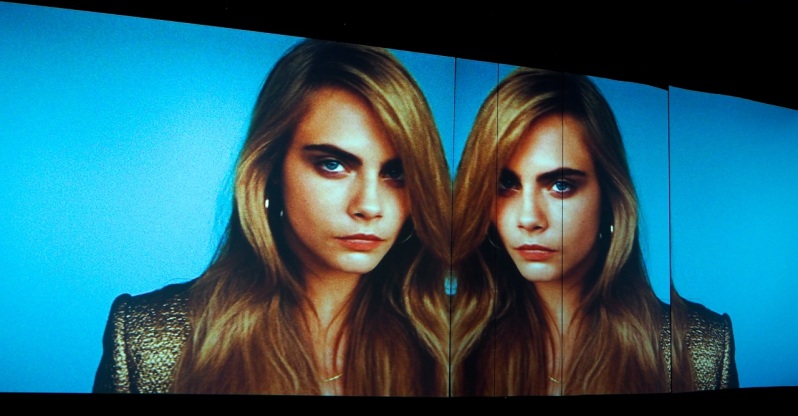 The exhibition explores and examines the wildly varied nature of British Vogue, a magazine that contains within its glossy covers so much more than just fashion. Although, of course, all the iconic designers feature in the show – Chanel and Schiaparelli to Versace and Tom Ford. But in addition to the stunning fashion, Vogue 100 shows the magazine as both an arbiter of taste and as possibly the ultimate zeitgeist pulse-taker. The pages of Vogue show us rock royalty with everyone from The Beatles and The Stones to Boy George and Madonna and actual royalty  with HM The Queen and Prince Charles. Movie stars like Marlene Dietrich, Michael Caine, Vivien Leigh, Peter Sellers, and a very young Jude Law. Poet John Betjeman, academic and writer Germaine Greer and author Salman Rushdie. Prime Ministers, Winston Churchill and Margaret Thatcher. And of course it goes without saying, work by the most important fashion photographers of the past century  – Cecil Beaton, Patrick Demarchelier, David Bailey and Nick Knight.

There so much to love about this great exhibition and so much to learn about this multi-faceted magazine. Vogue 100 is a spectacular visual treat. Fashion lover or not, go see it. 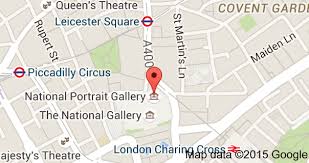